When the Ford F-150 Lightning BEV reaches dealers in the spring or summer of 2022, it will wear the mantle as the most important electric vehicle introduced to date in America. Wait, you might be thinking to yourself, what about the Tesla Model S which single-handedly changed the image of EVs from glorified golf carts […]

Reducing Carbon Emissions Quickly Is the Goal – Not Quarter-Mile Times

Last week Tesla revealed that its new Model S Plaid EV could reach a speed of near 200 MPH and reach 0 to 60 MPH in 1.99 seconds. While this performance feat is certainly impressive, it detracts from the primary goal of electric vehicles which is to help reduce carbon emissions from the transportation sector as quickly as possible.

Are EVs Charged Mostly By Coal Power in the US? 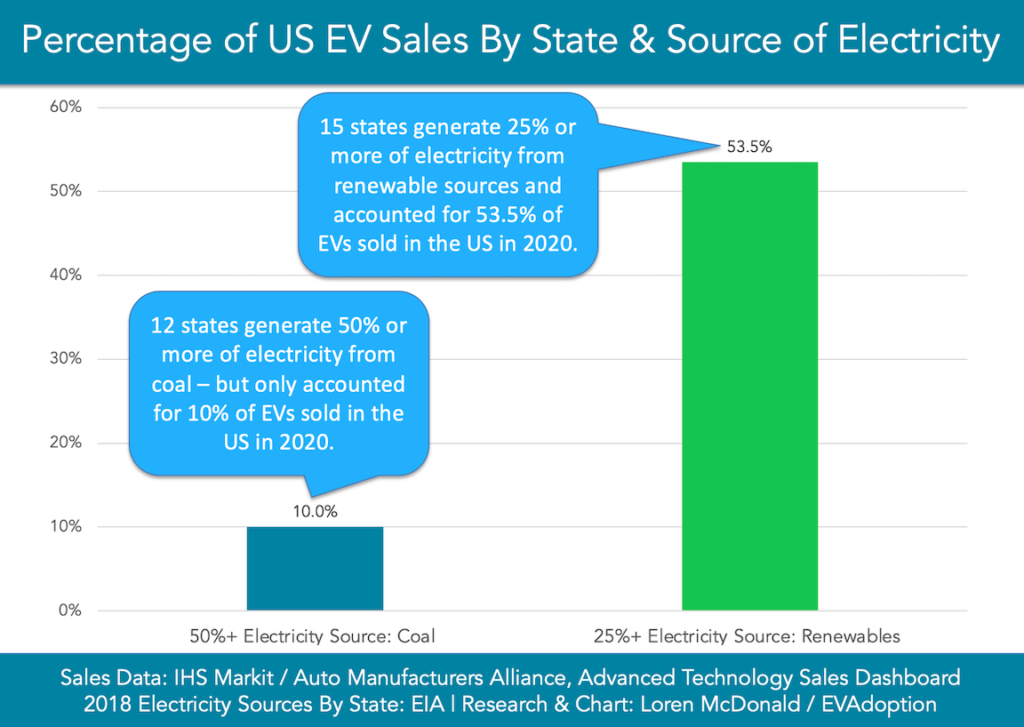 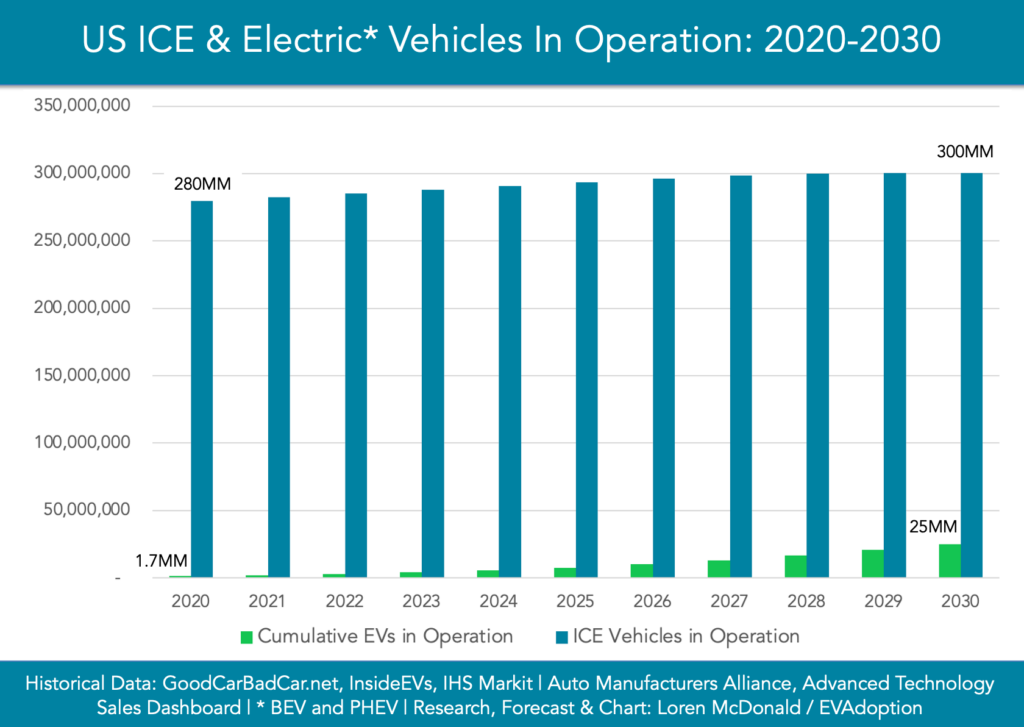 US sales of electric vehicles are expected to increase significantly this decade, however, by the end of 2030 EVs will still comprise only a tiny percentage of vehicles in operation (VIO) and the number of internal combustion engine vehicles (ICE) will actually increase by 20 million. These are the findings of new EVAdoption analysis. To […] 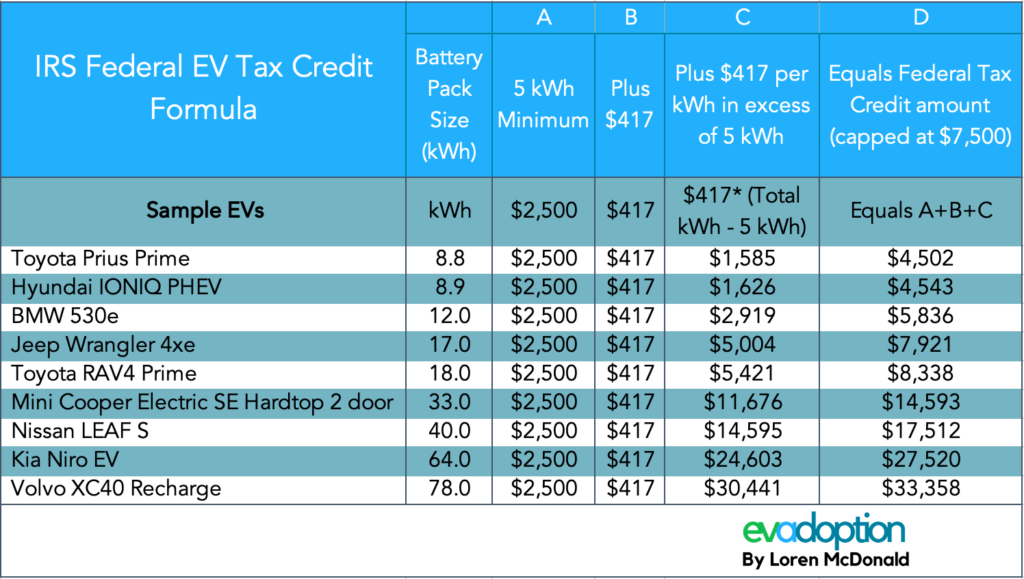 This past week not only had the usual automaker electrification declarations and teases of EVs to come such as the Kia EV6 and Lexus LF-Z concept EV, but we had a huge April Fools’ joke from Volkswagen. In addition DHL adds to its electric delivery van fleet in the US, Jeep announces plans for a Level 2 charging network and solid article was published about the current poor experience facing EV drivers at the various EV charging networks. 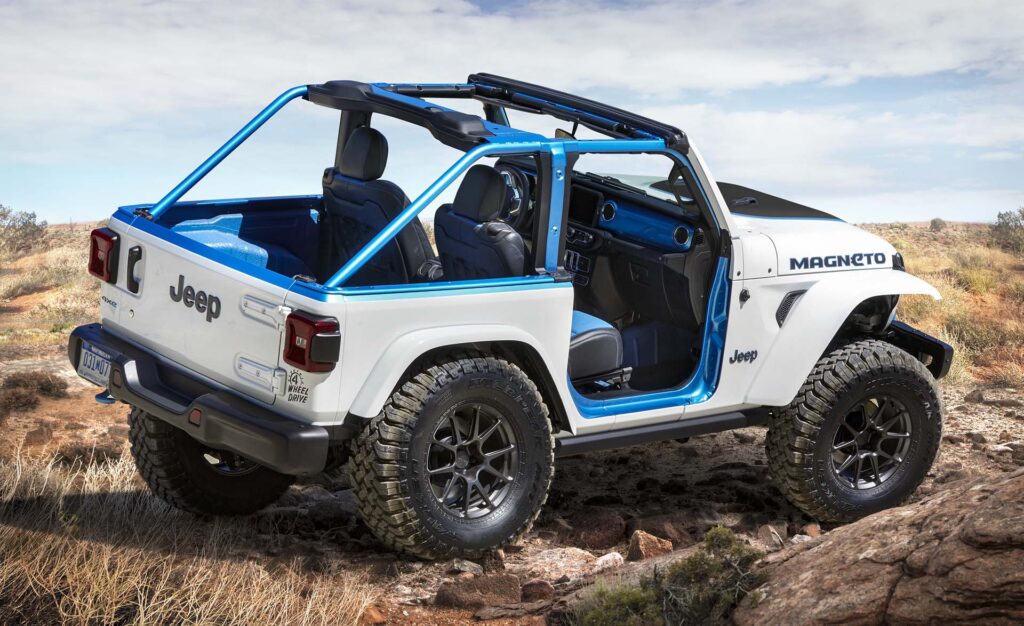 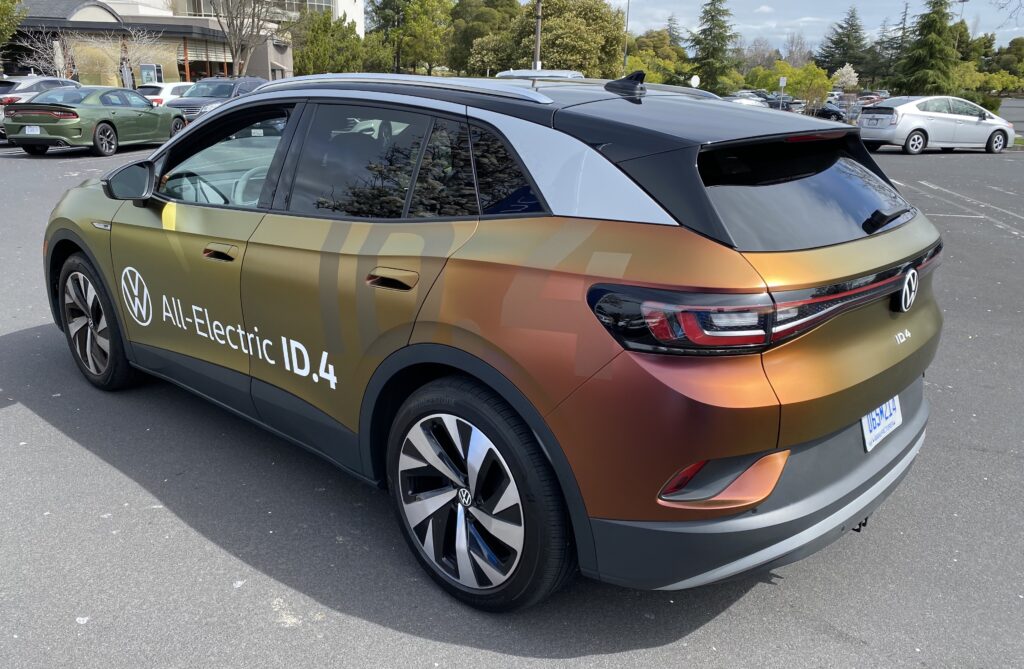 While EVs from the legacy automakers as of yet don’t match the range and performance of those from Tesla, those and other advantages from Tesla are simply not as important to huge segments of car buyers. Following are a few steps legacy automakers and dealers (that are actually trying to sell EVs) need to do to help counter the Tesla narrative that has created various expectations by consumers when considering an EV. 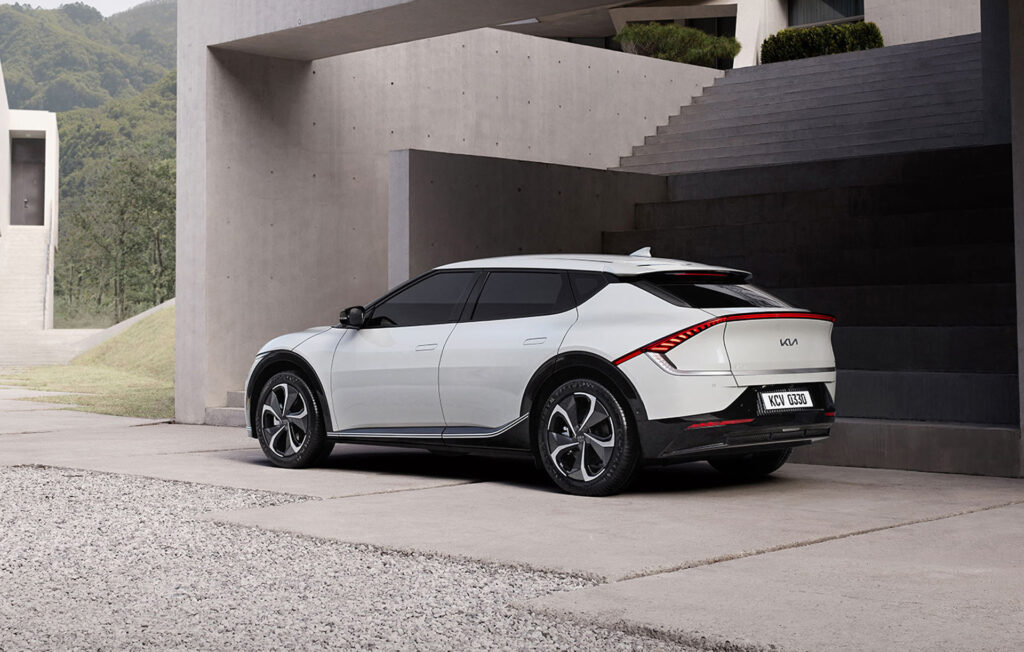 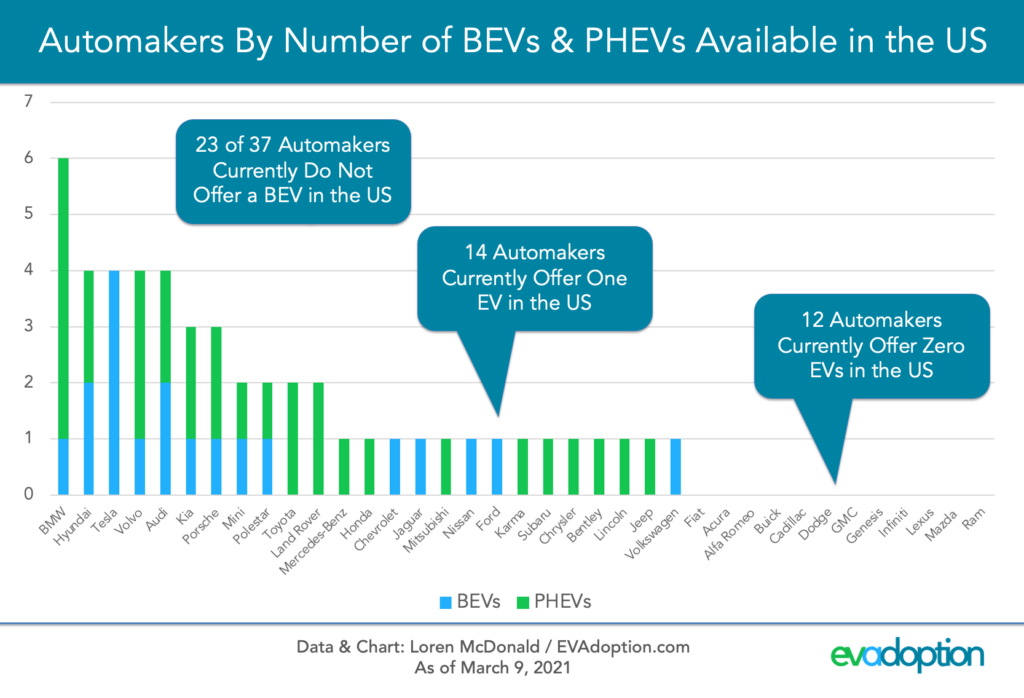