“The average American only drives about 30 miles a day therefore electric vehicles with 150 miles of range is more than enough for anyone.”

I’m sorry, but this logic is utter and complete nonsense.

Excuse me if I come off a bit grumpy but I am sick and tired of electric vehicle advocates who continuously reference some average daily vehicle miles traveled statistic as a reason that American’s don’t need long-range EVs.

The above was a Twitter response to something I posted that is a typical example of incredibly flawed and/or naive thinking. If I had a dollar for every time I have seen a comment on an electric vehicle website, on social media or an article about the average of 30 miles driven each day, I would be a rich person.

“There are three types of lies — lies, damn lies, and statistics.”
― Benjamin Disraeli

The average daily vehicle miles traveled statistic has little to no relevance on the amount of range American consumers want and expect from battery electric vehicles.

What does matter is how the vehicle they own meets their automotive travel needs 100% of the time, which includes the many trips Americans typically take annually that greatly exceed the average daily figures.

Two Sample Analogies That Show the Ignorance of the VMT Logic

Using average VMT data to base the amount of range consumers need in an EV is analogous to using the average daily temperature where you live to make a decision on the type of clothes you need. Most would agree that would be idiotic.

Let’s look at New York City. The average daily temperature in New York is 55 degrees, but the average low in January is 26 degrees and the average high in July is 85.

Now you might be saying to yourself, “Loren, this is a really stupid analogy.” But is it? Do you buy your clothes for the year based on the average annual temperature, or for the seasons and times of the year when it is mile, cold, and hot? The latter of course.

Now cars are very different from clothes. For one, cars cost a lot more and most of us don’t have a convertible sports car for the summer drives up to the wine country or out to the beach, an AWD SUV for trips to the mountains in the winter, and an efficient sedan for our daily commute to the office.

Now when I say “most of us don’t” in fact a lot of households are two-car households and might own both a sedan and an SUV. But we are likely talking about upper income households and perhaps not your lower- to middle-income families. (Yes, I recognize that those latter families are also not taking weekend ski and wine country trips, but they may be visiting grandma a few hours away in the winter where it snows.)

In fact, most households likely have to buy a primary vehicle that meets most or all of their daily short trip and longer weekend and winter and summer driving needs.

My point of the average temperature and clothing analogy is that as consumers we don’t typically buy very expensive products that solve just some of our needs. Let’s look at another analogy.

Imagine a management consultant who works out of an office most of the time but travels on average twice a month to meet with clients, attend conferences and company meetings. The consultant requests a laptop computer but is told by the IT department that they would only be providing them with a less expensive desktop computer because the employee spent most of the time in the office.

Most of you reading this would presumably agree that this would be a ludicrous response from the IT team as in essence the consultant would be unable to perform his or her job when traveling. (I know some of you might respond that the consultant could borrow a loaner laptop from IT and store all of their documents in the cloud and get by just fine. And well that is theoretically possible, but it would also be incredibly inconvenient and inefficient and would provide additional hardships for the consultant as opposed to just having and using a laptop 100 percent of the time.)

So say a typical household does indeed drive an average of about 30 miles per day. (BTW, in many major US metropolitan markets a typical round trip for many commuters is likely closer to 60-100 miles than 30.) So let’s say that this 30-40 miles per day does indeed account for about 90%-95% of typical trips out of 365 days per year. But what about the other 5%-10% of trips that are much longer?

Following are some examples of the types of these longer than average daily trips:

Visiting friends/family/relatives: How many times per year do you drive to visit friends or family and relatives who might live anywhere from 50 to 500 miles from where you live? The answer obviously can vary widely based on the stage of your life and how far away your relatives live. But for many American’s this might range from at least once per year to 5 or more trips.

Vacation destination: Americans love their vacation road trips. For households with children, there are four common vacation periods per year: spring break, summer, Thanksgiving, and Christmas/New Years. Trips often include driving to visit theme parks such as Disneyland and Disney World, to national parks like Yosemite, to coastal beaches, cities like Las Vegas, Washington D.C. and New York, or mountain areas. Many US households may take one of these vacation road trips per year, or as many as 2 or 3.

Leisure and sporting events: Weekend and day trips are favorite getaways for Americans and these can include day trips to go fishing, attend an auto race, skiing, hunting, or mountain biking. Or they might be a weekend stay over camping or wine-tasting trip. Or these trips might be to a regional soccer, baseball or volleyball tournament located a few hours from your home. Another example, I recently took my wife out to the coast for a birthday lunch and fresh oysters, which was a 160 mile out and back round trip.

My own personal current situation is probably not typical as my daughters don’t live at home now and my parents are no longer living. But several years ago when my parents were alive and both daughters were at home and at least one was active in sports or dancing, our “10%” of trips would include:

For most Americans the vast majority of their vehicle trips are to work, to the supermarket and shopping mall, the doctor and dentist, out for dinner and a movie, and similar local trips. So when people use an average VMT figure of 30 or 40 miles, they are completely ignoring the multiple trips that might be 100 to 500 miles or more that many Americans take each year.

So what many are suggesting when they argue that BEVs with only say 150 miles of range are enough because “we only drive an average of 30-40 miles per day” – is that people should buy a super expensive product that only meets their needs 90%-95% of the time.

Sure people can stop and charge on their way to the mountains or grandma’s house, but when their current vehicle has a range of 400 miles, you are asking most consumers to make a sacrifice, and huge change in behavior that they simply aren’t prepared to make.

Some readers may agree with my argument against using VMT to assess range needs for BEVs, but make the argument that this still does not negate that we don’t need long-range BEVs. Some of the alternatives to long-range BEVs then might include:

Fast Charging: Stopping for a short fast charge to ensure you reach your destination or so you don’t have to charge to make it back home. You may argue that this is just a minor inconvenience. And that may in fact be true for early adopters, people who are all in on electric vehicles. But for the majority of consumers you are asking them to accept what they perceive as a much inferior product. Even when standard fast charging can add say 150 miles of range within 10-15 minutes, many consumers will still find this short charging time unacceptable when comparing to the 5 minutes to refuel at a gas station, combined with 400 miles of range..

Destination Charging: A high percentage of the above trips I described are less than 200 miles one way. This means that EV drivers can simply charge when they arrive and their BEV will be fully charged and ready to go for the return trip home. This is true, assuming in fact that there is available destination charging, but also that you may not need your car when you arrive. As destination charging infrastructure gets built out, especially in more remote locations, this alternative becomes more realistic.

Car Sharing/Rental/Subscriptions: One of the potentially promising alternatives to long-range BEVs is the idea of car sharing and subscription services. If your household only takes a few longer trips per year, then renting, car sharing or a subscription service might be just the trick. These options have yet to take hold. But if the subscription model – where you pay one monthly fee that gives you access to more than one type of car – becomes popular, then this approach could be a serious alternative.

Statistics can be used to support pretty much any argument. But in my opinion, the average of 30~ vehicle miles traveled per day in the US is an over simplistic statistic that fundamentally ignores the non-average trips most Americans take each year. Using this statistic to argue than Americans do not need longer-range BEVs is simply not realistic and a misuse of the average VMT number. 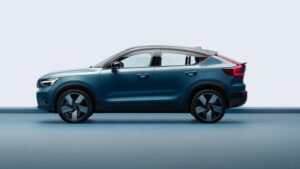