Ford Is Going All In On … Hybrids. Say What?

On March 15 Ford made several announcements about the company’s future product plans which revealed a clear focus on trucks, SUVs and hybrid platforms. While electric models were also discussed, the company is clearly going all in on hybrid technology – a strategy I find a bit perplexing in light of hybrid sales trends and the future clearly being a mix of plug-in (PHEV) and pure battery electric (BEV) vehicles.

Following are quotes by Ford President, Jim Farley from the announcement:

“They will bring new capability and emotion to our highest volume and most profitable vehicles. They will also protect our customers against higher gas prices.”

“The company plans to have a hybrid for every model of car or truck sold in North America.”

“Hybrids for years have been mostly niche products but are now on the cusp of a mainstream breakout.”

“Every time we launch a utility (SUV or crossover) in North America, our intention is to have a hybrid.”

“Today, Ford Motor Company is the number-two seller of hybrids in the U.S., and in 2021 we expect to surpass Toyota Motor Corp. to be number one. We’re going to do this by making hybrids mainstream with our highest-volume, most profitable vehicles.”

“SUVs are going to play a really fundamental role in Ford’s business. By 2020, SUVs and pickup trucks would combine to make up 90 percent of the vehicles Ford produces in North America.”

Very little was said around pure BEVs or even plug-in hybrids, except for the following from the official Ford announcement:

So no detail on whether these 5 other EVs are BEVs or PHEVs, expected range, brands (Ford versus Lincoln), body type, price, etc. We have little to no idea of what’s coming. And that’s fine, Ford may be keeping their plans close to the vest for competitive reasons, or perhaps their plans are still not finalized.

The only things that are clear is that Ford is betting most of its future on regular gas hybrid models and SUVs and trucks.

At one level, with a focus on big SUVs and pickup trucks, the hybrid focus makes some sense. On the other hand, it feels like Ford could be left behind by several competitors, at least for SUVs/crossovers at the higher end of the price range. Among the Big 3 US automakers, however, neither GM or Fiat Chrysler have announced significant plans for electric SUVs or pickups.

But it is still a bit perplexing on why Ford appears to be betting its near-term future on a drive-train technology that seems to be past its prime.

A stated goal of surpassing Toyota, the market leader in hybrids, feels a bit like a mobile handset company saying they want to outsell Nokia for cell phones in 2008 after Apple and Google launched iOS and Android smartphones. Um, you are a bit late. Or how about a record company saying they are going all in on CDs right about the time online music began to take off? 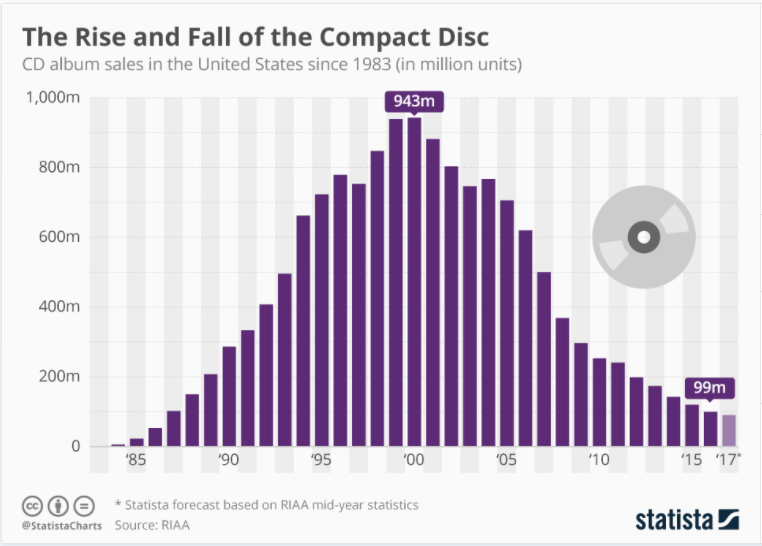 Are Hybrids Poised for Growth in the US or Has Their Time Passed By?

Hybrid sales in the US are basically flat or declining. Let’s look at some data:

2. Sales of Hybrids in California Are Declining: For the first time ever, in 2017 combined sales of BEVs and PHEVs were higher than hybrid sales in California. 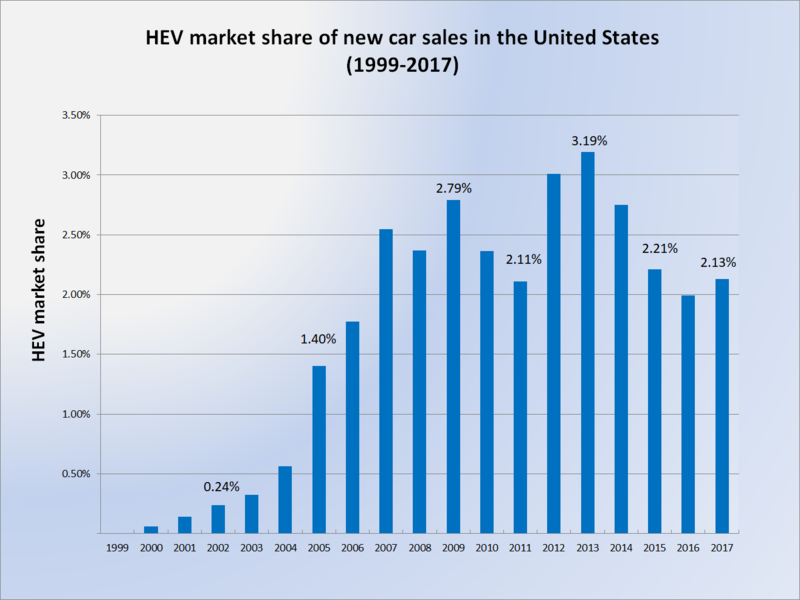 Is This Focus on Hybrids a Wise Move for Ford?

Now maybe Ford believes that the slight rebound in hybrid sales in the US is going to continue, but I look to California as the arbiter of likely future trends. And in the Golden State, the switch to PHEVs and BEVs is underway with combined sales of PHEVs and BEVs now outselling regular hybrids. This trend suggests that for many consumers who are interested in a green car, they are now ready to take the plunge and buy an electric car rather than a hybrid.

I can understand why Ford doesn’t want to go all in on pure electric BEVs. For another 5-7 years or so, BEVs will be more costly and with a much shorter range than comparable gas cars. For several more years the middle of America simply won’t be ready for electric cars.

But PHEVs provide the perfect answer. And Ford already has expertise and solid success with PHEVs. The Fusion Energi and C-Max Energi PHEVs finished in the top 5-6 spots in US EV sales for 2013-2016, before dropping to the 7 and 8 spots in 2017. And despite several new entrants, the Fusion Energi is still in 8th place after two months in 2018, according to the InsideEVs Sales Scorecard.

What if Ford – instead of focusing on an old technology and playing catch-up – chose to take the leadership in development of PHEVs? Plug-in hybrids could be the key transition to pure battery electric vehicles, especially for buyers of large SUVs and pickup trucks.

The median range of PHEVs in the US today is a pitiful 21 miles, with the Chevrolet Volt the leader at 53 miles. Ford, why not take a leadership position with PHEVs that have 75+ miles of electric range and 600 miles of total range and blow the competition away?

This would simply be game changing.

Producing PHEVs that meet the majority of most consumers monthly driving needs in electric mode and then enabling long trips of 500 miles or more with the same vehicle eliminates the range anxiety concerns of consumers. Ford could take the lead in PHEV development while they wait for battery prices to decline and usher in the transition to pure BEVs.

But this focus on regular hybrids is perplexing.

Why would Ford focus so much of its future development on a platform that is declining in popularity and is clearly not how vehicles will be powered in the future? The answer is only known in the company’s boardroom but presumably is because of a focus on increasing the stock price and that Ford executives are still not sold on a future of battery electric vehicles.