Which US state saw the biggest year-over-year increase in EV sales in 2017 versus 2016?

If you guessed that EV powerhouse state of Oklahoma at 163% you would be correct. But there is a catch of course – Oklahoma was also tied with Mississippi at 0.10% for the lowest EV market share in the US.

Among states with the largest number of EV sales, New York, Massachusetts and Colorado had the highest year-over-year increase at 67%, 59.4% and 53.3% respectively. 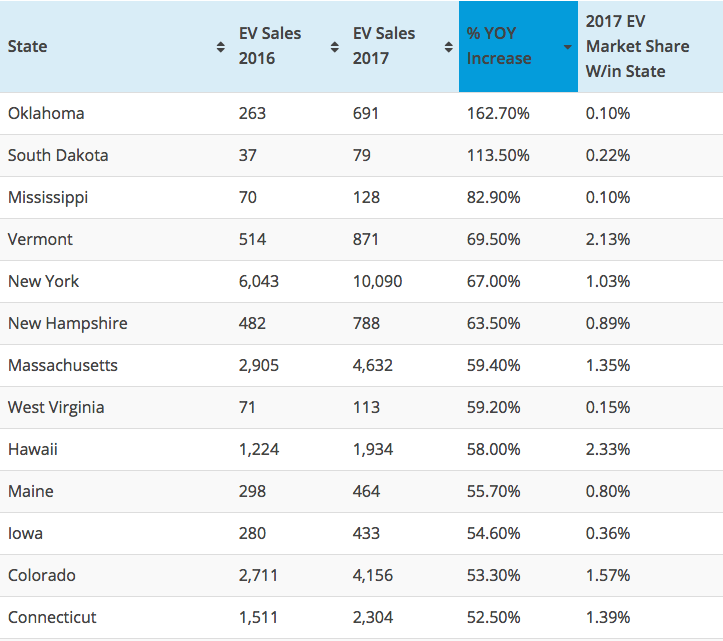 We’ve created a new sortable table that includes sales of electric vehicles (PHEV and BEV) and the EV market share (percent of EVs sold of total light vehicles sold) for all 50 US states and Washington, D.C.

Check out the new EVAdoption sortable table of EV sales and market share by state.

Here are a few other highlights from from the data:

Check out the new EVAdoption sortable table of EV sales and market share by state.