Stat of the Week: Percent of Households That Rent By Country 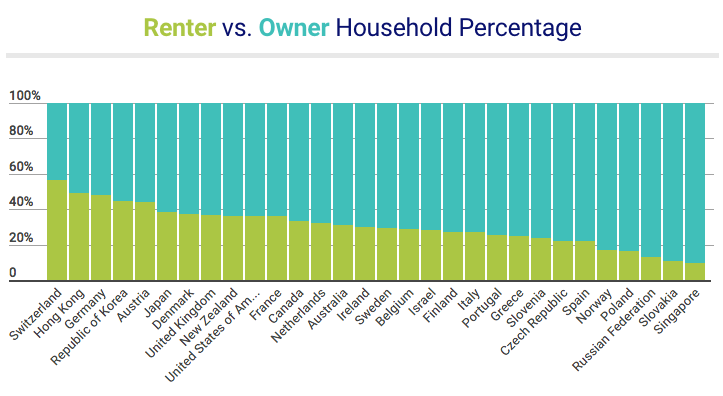