While US EV sales have been hovering in the 1% neighborhood for about the last year, EV sales in March 2018 were 1.6% of total light vehicle sales and could end up close to 2% by the end of 2018 primarily because of deliveries of the Tesla Model 3.

I hear you snickering – even at 1.6% EVs are still well under 2% and in the 1% ballpark. True, but this is a fairly significant increase in market share of roughly 50%over the last 12 months.

While the percent of sales of EVs compared to overall auto sales is one measure of progress, this metric is fundamentally flawed as a true measure of consumers’ interest in purchasing an EV. A few reasons why this straight market share measure falls short include:

Where Are EVs Selling Well Above the US Average?

No surprise, EVs continue to sell extremely well in upper-income cities in California. Thirty California cities had electric vehicle shares above 10% in 2017, up from 19 such cities in 2016, according to new analysis from ICCT.

Across the US, only four states and the District of Columbia have EV sales market shares above the March national average of 1.6%, according to data from the Alliance of Automobile Manufacturers. But residents of California purchase 50% of EVs in the US which means that the near 5% share in California is significant.

In a previous article, Consumers Are Choosing the EV Option at High Levels When They Have A Real Choice, I analyzed a cross section of different models that are currently available in the US with either a traditional internal combustion engine version or regular hybrid AND plug-in hybrid or full battery electric version. 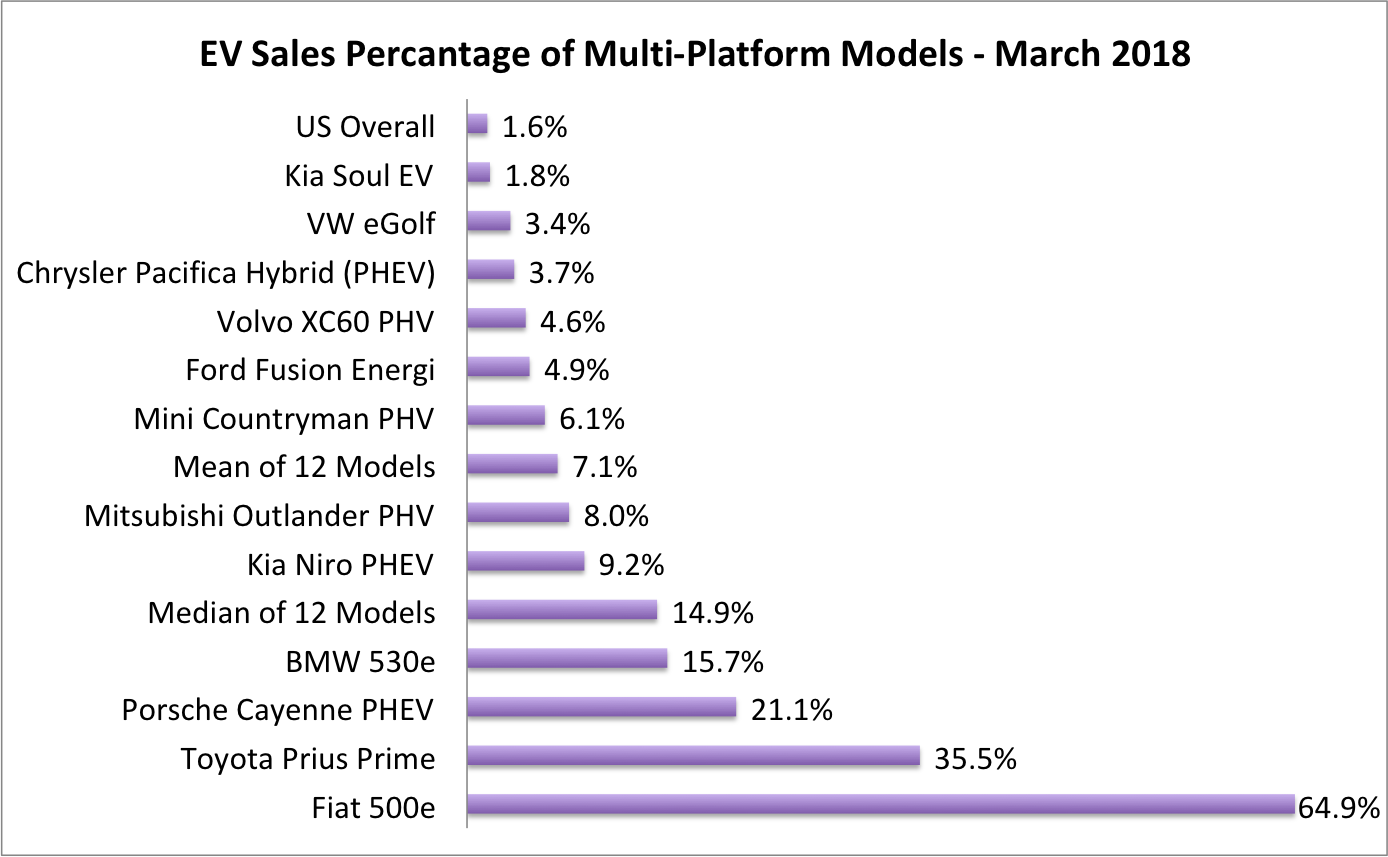 In looking at the large luxury car category, the Tesla Model S does extremely well with 34%  market share. 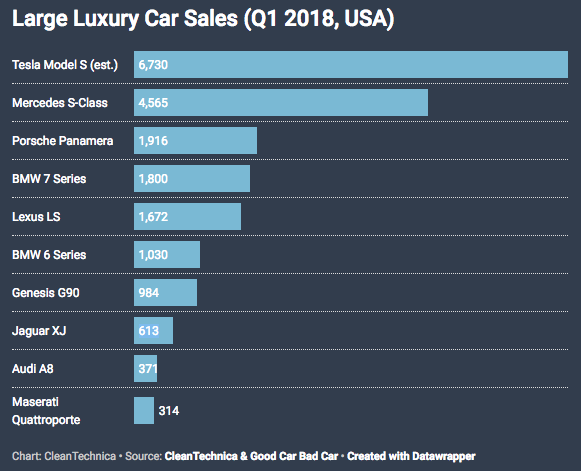 So What Does All of This Data Mean?

Quite simply, electric vehicles are selling significantly better than most observers and media coverage convey. Yes, EVs likely won’t cross the chasm into the mainstream (16% of new vehicle sales) for another 7-8 years. But in key early adopter markets such as in many cities in Northern California and the luxury car category – they have already crossed into the early majority phase of technology adoption.

The issue with EV adoption is NOT one of a lack of consumer demand – demand as the data above proves exists at a high level. No, when there are 250 more ICE models available than EV models and 94 fewer electric SUVs/CUVs – the problem is one of supply.

When the automakers each start producing and selling multiple EVs at scale across the United States (and world) – then and only then can we start looking at the demand side of the equation.

Until then, let’s please stop saying that EVs are only 1% of total auto sales and that consumers don’t want them.