In my previous post, The Electric Vehicle Question is Now “When?” Rather Than “If?”, I argued that in 2017 it became abundantly clear that battery-powered electric vehicles were the future of transportation.

So if the auto and related industries are not arguing about things like hydrogen fuel cell versus battery electric propulsion – what topics and debates should the dialog move to? What then are the implications of a future of electric vehicles?

This shift in the conversation about electric vehicles leads to two overarching questions:

1. What infrastructure and resources are required to support mass adoption?
2. What are the major implications for multiple industries, countries and society at large?

Digging beneath the above core questions are 30 more detailed questions that I’ve put under four broad categories of issues and challenges: 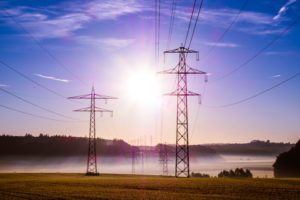 1. Will power grids be able to handle increased electricity demand from EVs?

2. Will the supply of green energy continue to outpace demand for EVs?

3. Will vehicle to grid (V2G), vehicle to home (V2H) and demand response technologies and programs transform the role of the vehicle and how utilities manage the grid and customer energy use?

4. Can private enterprises profitably build out the necessary charging infrastructure or will governments need to step into force and/or subsidize charger installation – especially in lower-income communities?

5. Will the mining industry be able to keep up with EV battery manufacturer’s needs for minerals such as lithium and cobalt?

6. Will auto and battery manufacturers be able to build enough factories to meet the potential explosive growth in EV demand beginning around 2025?

7. How many legacy automakers will successfully transition from analog machine assemblers, to hardware/software/battery companies? With batteries at the core, will most automakers also transition into energy storage business?

8. Will most utilities survive the transition into green energy suppliers and become the “new oil companies” by providing electricity for transportation? 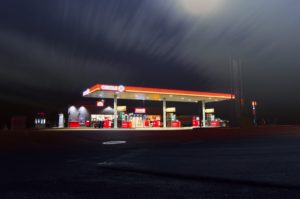 10. Will smaller automakers with fewer resources such as Mazda, Mitsubishi, Subaru, etc.  be able to survive or remain independent as they move to build out electric vehicle platforms?

11. How soon and quickly will the decline of the auto parts and repair shop industries begin? Can and will they evolve into new businesses supporting, for example, EV charging or related businesses?

12. With used cars (powered both by electric motors and internal combustion engines) declining in significant value due to technology obsolescence from advancement in battery and autonomous vehicle technology, what happens to the used car market and various forms of auto financing?

13. While peak oil is perhaps two decades away, will oil companies begin transitioning into broader energy companies to participate in the shift to solar and wind energy and electric vehicles?

15. Will we see a significant reduction in manufacturing and supply chain jobs with the shift to robotic manufacturing and simpler to produce electric drivetrains and motors that use fewer parts than internal combustion powered vehicles?

17. Will the legacy auto dealership model evolve or disappear with electric vehicles requiring less service and maintenance combined with a likely gradual move towards direct sales?

19. Will the electric car battery serve double duty and become the centerpiece of demand response, vehicle to grid (V2G) and vehicle to home V2H systems?

20. Will the need to recycle lithium-ion batteries lead to a significant spin-off industry of reusing EV batteries for more affordable commercial and home energy storage?

21. Will technology developments, such as solid-state battery advancements, become key enablers of mass adoption because of the resulting significant increase in battery range?

22. Will the technology obsolescence issue of resulting from annual advances in electric vehicles fuel subscription and similar “as a service” models and away from purchasing and leases?

23. How will the intersection of electric vehicles, car/ride sharing and autonomous vehicle technology affect their respective adoption rates?

24. How will Transport as a Service (TaaS) alter the current paradigm of vehicle ownership and the adoption of shared electric vehicles? Will TaaS only be adopted in large urban centers?

25. What tax or fee structure will governments use to replace the gasoline tax?

26. Will we see political instability and wars resulting from oil-rich nations experiencing a huge decline over time in oil revenues and political power?

27. What will happen politically and economically in lithium-rich countries like Argentina and Chile and cobalt-producing countries such as the politically unstable Democratic Republic of Congo (DRC) when demand for their minerals required for batteries explodes in the next 10 years? 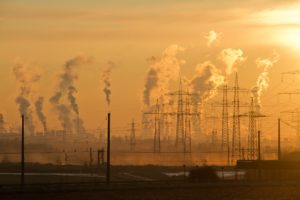 28. Will various governments continue to subsidize or incentivize electric and alternative fuel vehicles as well as charging infrastructure; and how will that affect regional competitiveness?

29. How will country and regional emissions regulations (or lack of) affect EV supply and demand and auto company competitiveness?

30. What tax and incentive schemes will governments use to spur EV adoption and charging infrastructure build out in disadvantaged communities?

What key questions have I missed? Let me know in the comments below or email me at loren at mvc.3f2.myftpupload.com