The last several weeks have been a great reminder for me of the “EV bubble” that I and many people steeped in the world of electric vehicles actually live in.

This is rather obvious and no big surprise to anyone. But if you read the auto/EV headlines about the dramatic growth in sales of the Tesla Model 3 and coming BEVs from Jaguar, Audi, Hyundai, Kia, BMW, Mercedes, VW, Volvo and others you’d get the impression that we are about to cross the chasm into mass consumer adoption of EVs. And in fact, that is almost true where I live in Northern California, but likely is 7 or more years away where you live.

Following are few anecdotes from my travels near home, in the US and abroad:

Northern California: On Friday I drove about 12 minutes to the dry cleaners in my NorthernCalifornia suburb. In that short drive I counted 11 Tesla Model 3s, including spotting four within about 30 seconds of each either at or approaching an intersection. And while I didn’t count them, I saw probably an additional 3 to 4 times as many EVs in total on that short drive.

Mexico City: Earlier in the week I was in Mexico City for 3+ days and during my entire trip I only saw two EVs –  a Tesla Model X and a Renault TWIZY. According to Mexico News Daily, Mexico City now has 9.6 million cars, with a population of roughly 21 million people. What a contrast.

Of course if there is any city that needs EVs it is Mexico City. In 2017, Mexico City government banned hundreds of thousands of less-efficient vehicles due to one of the worst smog conditions in two decades. But as I witnessed, EVs are near invisible in Mexico City, though not surprising since there are no affordable models yet on the market and available in Mexico. What a contrast. 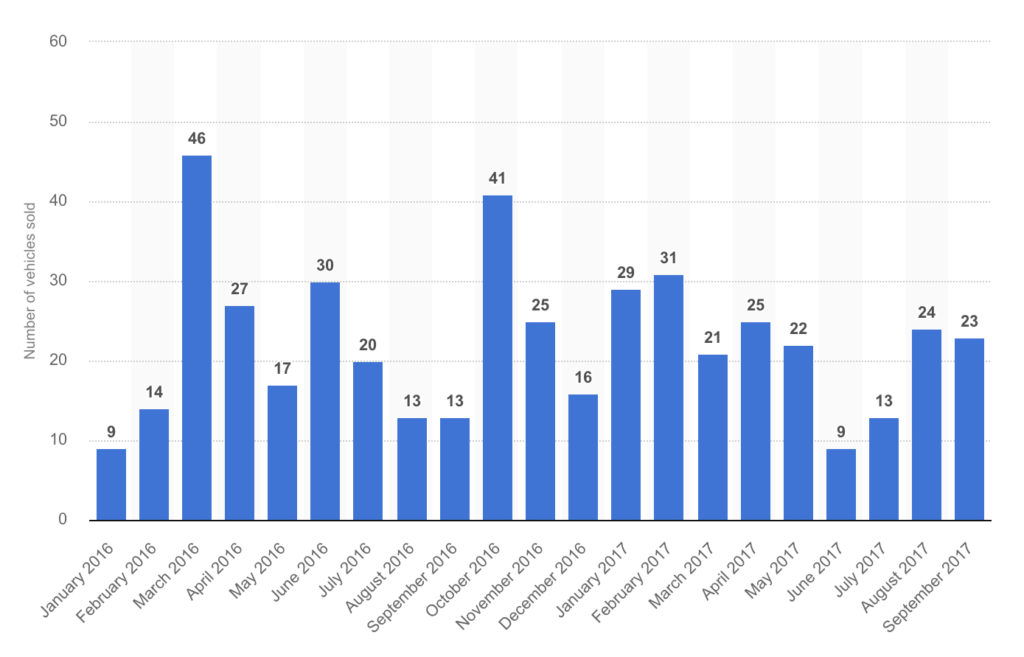 The above chart from Statista shows how little EVs have penetrated the entire country of Mexico. In 2016 and 2017, the total number of EVs sold in Mexico averaged around two dozen per month. In many towns and cities in Northern California, that many EVs are probably purchased every day.

On ride to dinner one night we asked my taxi driver if EV‘s were popular in Mexico City, and he laughed and said “No, we drive gas cars to keep our president rich.” Mexico has a real and huge need for EVs because of air pollution (actually the city really needs fewer cars and more small electric buses and public transportation), but without any affordable EVs on the horizon, Mexico is likely a decade away from seeing even a modest level of EV adoption.

An interesting aside, as I was in the Mexico City airport for my flight back to the US, I saw a television ad in the airline lounge for the Nissan LEAF (in Spanish) and this LEAF billboard, which strangely was in English. Perhaps this ad was actually targeting frequent business travelers, rather than residents of Mexico?

Machinery Tool Executives/Around the US: Two weeks ago I presented to a small group of machine tool equipment company executives on the impact that EVs will have on their business. With a significant reduction in the number of parts needed for EVs (no engines or transmissions), the future need for their equipment that machines engine, transmission and other auto parts will decline significantly.

The 10 executives who were from companies located mostly in the midwest, east coast and south, clearly saw that in about 7-10 years their world was going to change dramatically. But to my surprise, not a single one of the 10 owned or had even driven an EV or claimed to have ever seen a Tesla Supercharger (I bet they had, but just didn’t realize it).

Many of their questions at dinner and during my presentation were around things like battery life, battery recycling, and EVs and grid capacity/electricity sources. These were questions that people mired in the EV world had generally moved on from a few years ago. And the fact that none of these executives had yet driven an EV was a bit shocking to me. On top of that, not one of them had any plans to buy one in the near future either. The session with these intelligent, successful executives reminded me of what a huge EV bubble I live in.

London/New York City: A few days later I spotted a modest number of EVs in both London and New York City (repeat visits for me this year). Tesla Models S and X, BMW i3s and the new PHEV London taxi are fairly common. And in Manhattan you will see a decent number of Teslas but public charging stations were less visible to me (and I look for them), though this PlugShare map shows a significant number do in fact exist.

But supporting hundreds of thousands or millions of EVs in major cities that are built up and not out, will be one of the most significant challenges. These large, dense cities lack dedicated garages for homeowners/renters and available space is also both expensive and scarce.  I particularly noticed this in the narrow streets of Rome, but where the utility Enel seems to be investing pretty significantly in EV charging infrastructure. 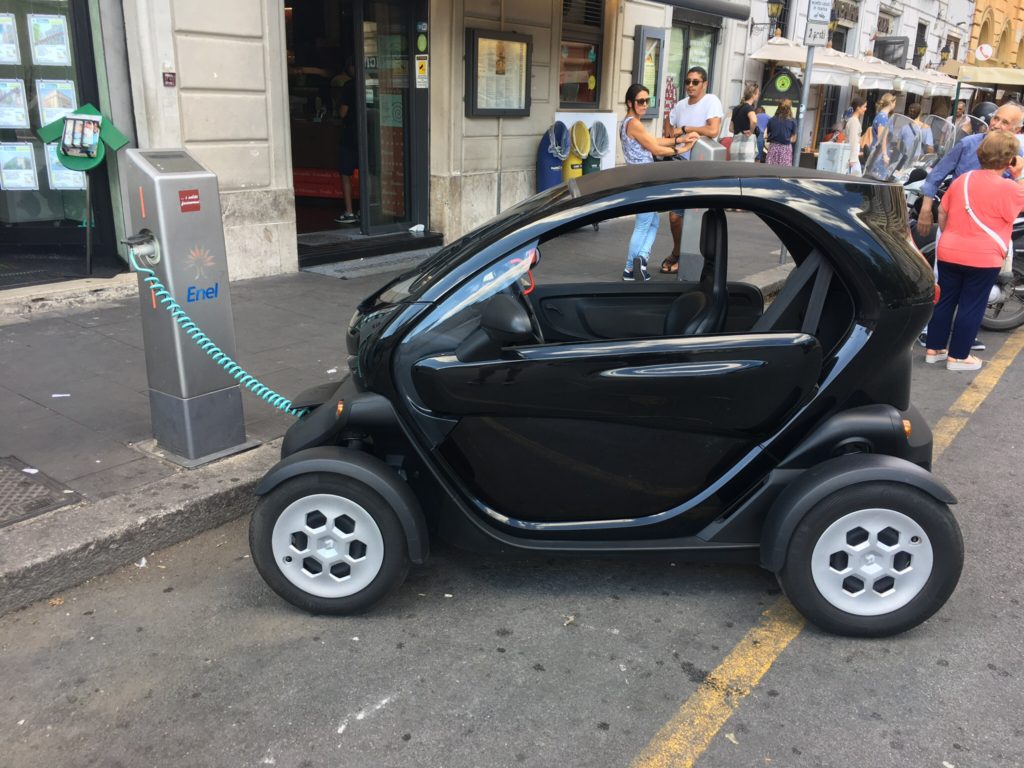 Whatever your view is about the future of EV adoption, at this point it is abundantly clear that the rate of adoption is going to be dramatically different based on where you live. That fact is no surprise, but the implications are significant and yet I see many automakers making fundamental mistakes when thinking about the market.

“A pile-up of epic proportions awaits this industry as hundreds of players are spending hundreds of billions of dollars on electric and autonomous technologies as they rush to stake a claim on the biggest change to hit this industry in a hundred years. The winners in this free-for-all will be those who have the right strategies and, equally important, execute on those strategies to their fullest potential—as billions will be lost by many.”

In most markets for the next 5-7 years (or more), EV buyers will be mostly status conscious or green-minded early adopters with higher incomes. The successful launch of new EVs will be dictated by choosing the right brands to use in your portfolio, the right body style, battery range and price point, supplying necessary charging infrastructure and in choosing the right markets in which to focus. 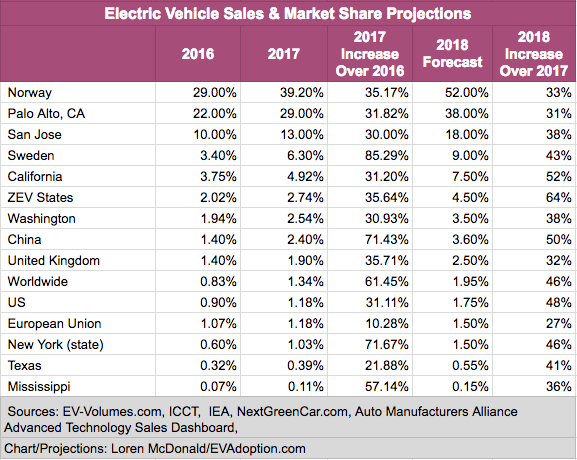 Automakers who make the wrong decisions stand to lose billions of dollars.