By my analysis and tracking, more than 60 new electric vehicles are expected to be available in the US between now and 2023. But which, if any of these, will sell in significant volumes, which I defined as 5,000 units or more per month in the article The Next High-Volume Selling EVs: Ford Escape PHEV and Tesla Model Y?

In the next 2 to 3 quarters, 5 new or updated BEVs are expected to reach dealers in the US: Hyundai Kona Electric, Kia Niro Electric, Jaguar I-PACE, Audi e-tron and the 225-mile range Nissan LEAF. An additional 5 PHEVs should also be available in the next few quarters, including the Subaru Crosstrek PHEV, Range Rover PHEV, Range Rover Sport P400e, Workhorse W-15 pickup and Audi Q8 PHEV. 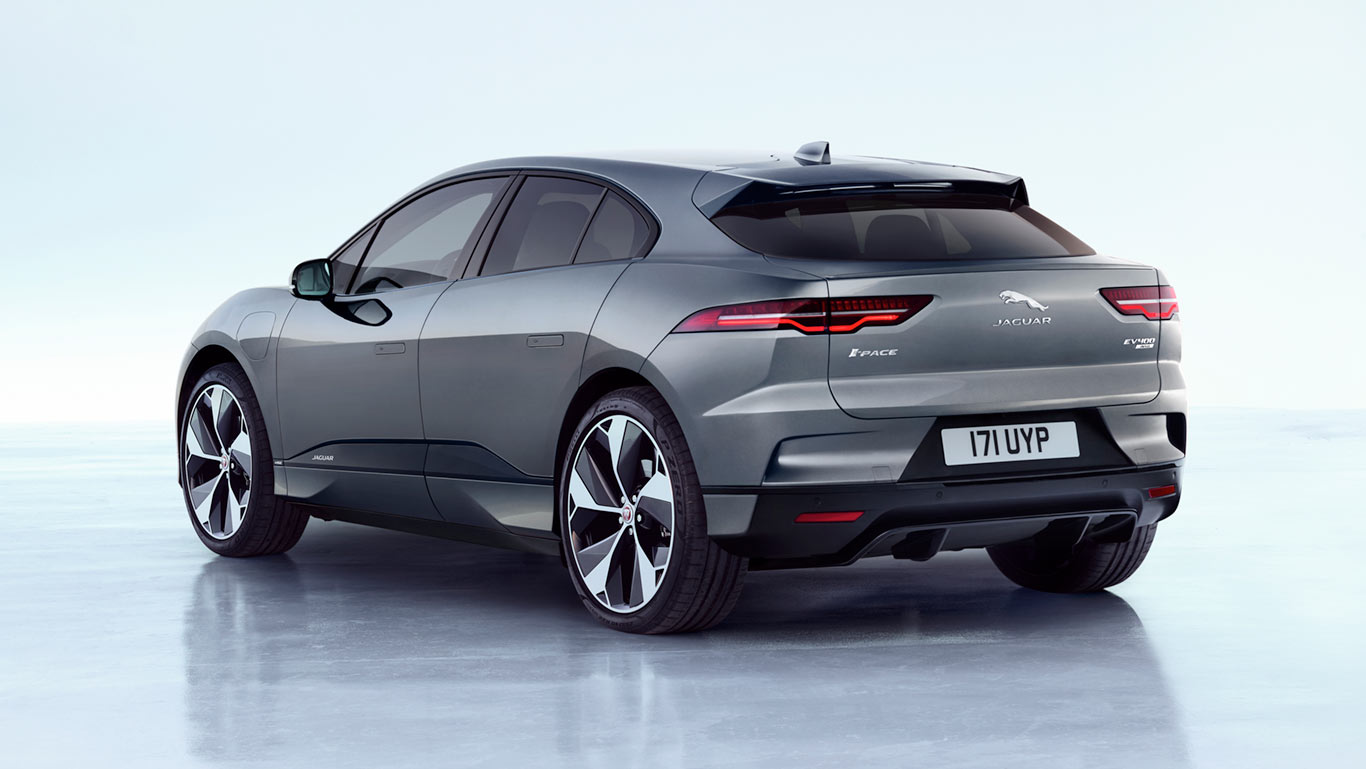 While there is much anticipation and excitement around many of these new EVs, what kind of sales volume might we expect?

To help in answering this question, I’ve developed a framework to more accurately predict sales volume of new EVs. (Note: While this framework is primarily designed to forecast sales of EV’s in the US, the basic model can be tweaked to work for markets around the world.)

Following are 10 factors of the framework:

1. Availability/Supply: While availability in California and other ZEV states account for a significant percentage of individual EV model sales, broader distribution throughout the US can obviously have a significant impact on overall sales volume. 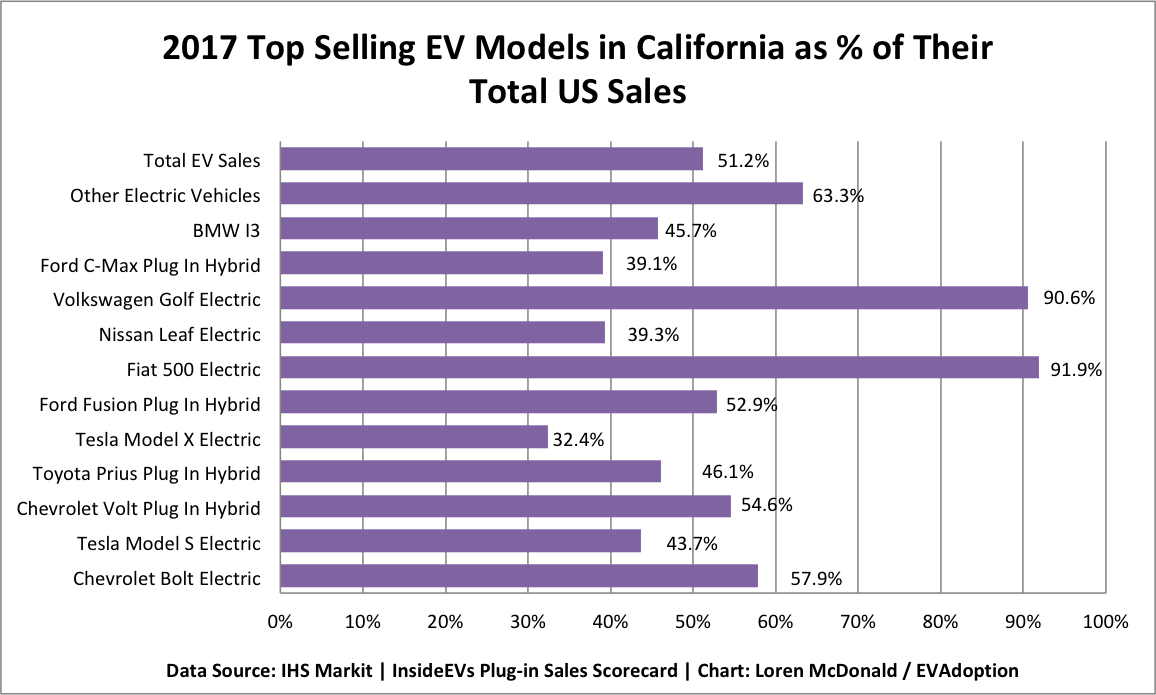 For example, the Tesla Model X (32.4%) and Nissan LEAF (39.3%), which are available in most states, are significantly less dependent on sales in California than clear compliance models such as the Fiat 500e (91.9%) and Volkswagen eGolf (90.6%). While sales volume would likely differ widely based on a variety of factors (such as those in this framework), it is not unreasonable to expect sales to be 2-3 times higher if EV models limited to availability in just a few states were available in all or most of the 50 US states.

Secondly is the rate of production and actual supply of vehicles to dealers. In the US, the supply of EVs such as the Chevrolet Bolt and Hyundai IONIQ have reportedly not kept up with consumer interest due to battery shortages or simply underestimating demand. Several OEMs have stated (or rumored) that they would have limited production for upcoming EVs, such as the “20,000 to 30,000” for the Chevrolet Bolt (which is now seeing a 20% increase in production).

2. OEM Commitment/Dealer Training and Certification: While model availability is a direct result of OEM commitment to a new EV, is the automaker truly behind the new EV and electrification in general, or are they treating the EV model as a compliance-car exercise?

Beyond ensuring that supply meets demand, is the OEM supporting the EV by creating awareness and buzz, rolling out training and certification programs for dealers, and partnerships for charging infrastructure? Whether am OEM is truly invested in and committed to a future of BEVs/PHEVs, will also greatly determine how they ensure the success of a new EV model in the near term. 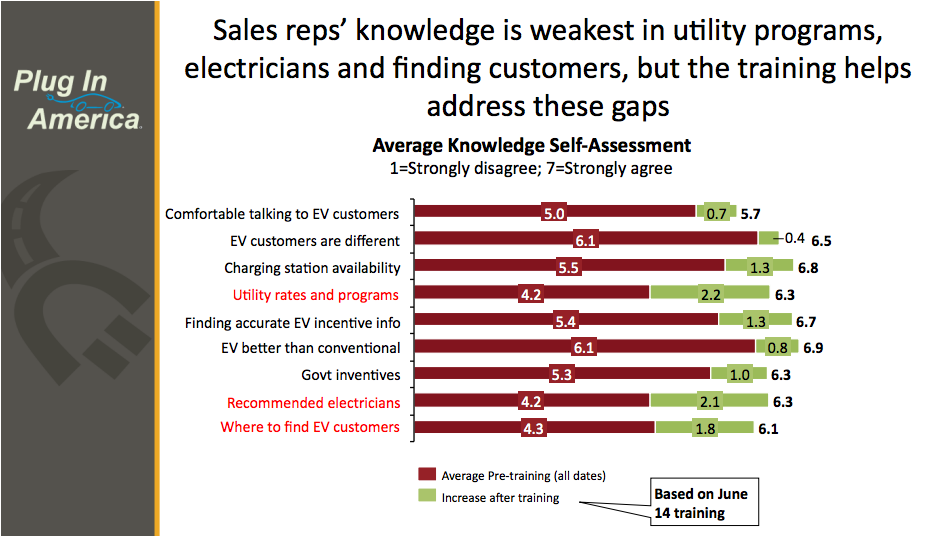 3. Range: The average battery range of new and upcoming BEVs is typically at or above 200 miles, which is becoming the new minimum competitive benchmark for BEVs. Unless a BEV is either priced especially low, has a very aggressive lease rate (such as is often offered by dealers for the Fiat 500e) or is a city car like the smart ED, then BEVs with less than 200 miles of range are going to be be severely limited in sales potential. 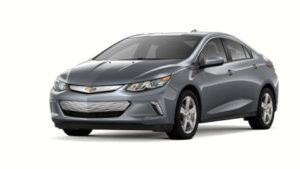 For PHEVs, a battery-only range of at least 20 miles seems to be one key factor (along with price differential from the same ICE or hybrid version) in sales volume. And 4 of the top 6 selling PHEVs have a battery range of 30 or more miles (Chevrolet Volt – 53; Honda Clarity – 47; Chrysler Pacifica PHEV – 33; BMW 530e – 30).

4. Price: There are four factors to consider when it comes to the impact of price on driving and predicting EV sales volume: 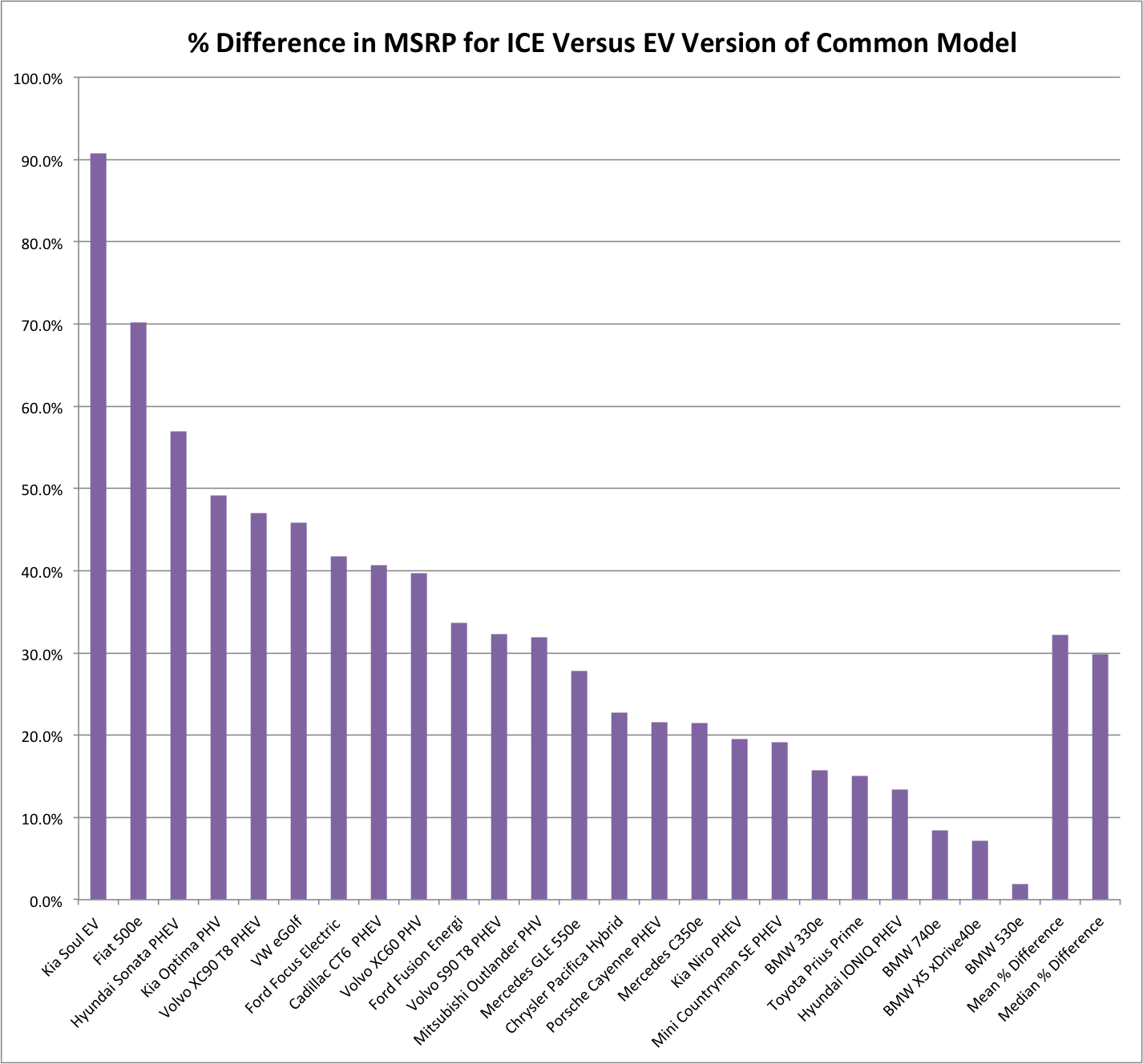 5. Competition: Does the EV have very clear direct competition, such as what will soon emerge between the Tesla Model X, Audi e-tron, Jaguar I-PACE and Mercedes-Benz EQC SUVs/crossovers? Or does it occupy a unique position in the marketplace (even if only temporarily) such as with the upcoming Bollinger Motors sport utility truck or Workhorse W-15 PHEV pick-up truck? 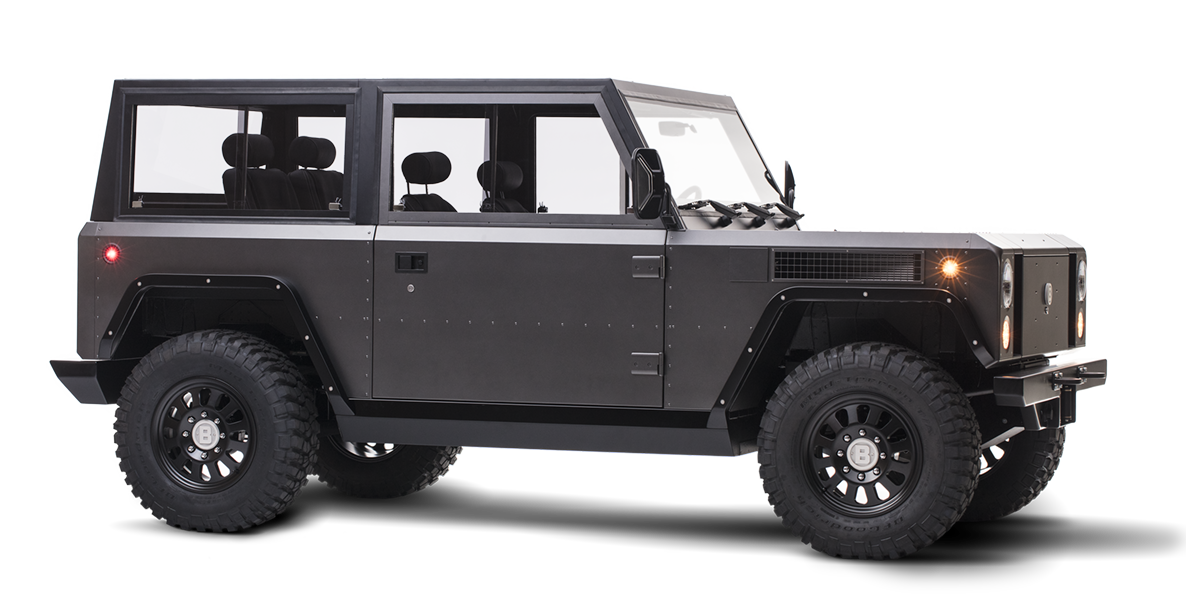 6. Brand Attractiveness/Green Signaling/Conspicuous Conservation: Innovators and Early Adopters take risks when buying new products or technologies before they reach mass-market buyers. These early buyers are willing to pay a price premium over existing products and technologies and accept bugs and issues, less-responsive customer support, etc. But these buyers tend to have high opinion leadership and social status and in return often expect some level of social recognition for their risk taking.

As such and at least for the next few years, brands that are aspirational (Tesla, Jaguar, Audi, Porsche, BMW, etc) and/or EV models that are distinctive with a strong green signaling (Nissan LEAF, Chevrolet Volt) or conspicuous conservation (BMW i3, Tesla Model 3) quotient will often result in comparatively higher sales.

7. Charging Infrastructure: Currently only Tesla has its own dedicated charging network via its fast charger SuperCharging stations and Destination Charger Level 2 chargers deployed at hotels, resorts, restaurants, shopping malls and other locations. 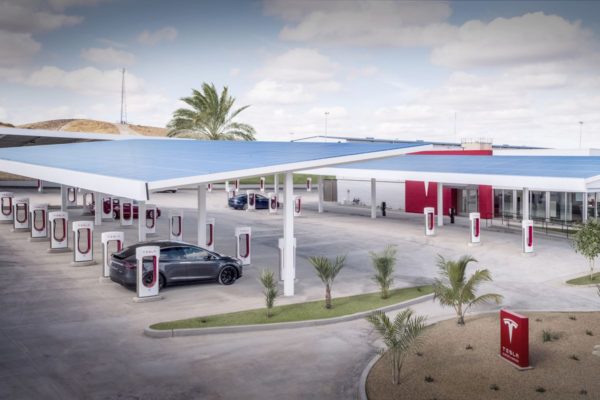 While not dedicated to Volkswagen brands (Audi, Porsche, VW, Bentley, Lamborghini), dealers in the VW portfolio will likely heavily promote the availability of Electrify American charging station locations once they are rolled out. For now and the next few years, however, Tesla is likely to have a distinct advantage over competitors when it comes to consumer concerns over charger availability and range anxiety.

8. Performance and Handling: Electric vehicles in general have greater torque and acceleration from a standstill than ICE-powered vehicles. The extra weight of the batteries and often lower center of gravity also can contribute to solid handling. Buyers of luxury/performance model EVs expert superior acceleration and handling, which can also raise expectations for buyers of non-luxury models. 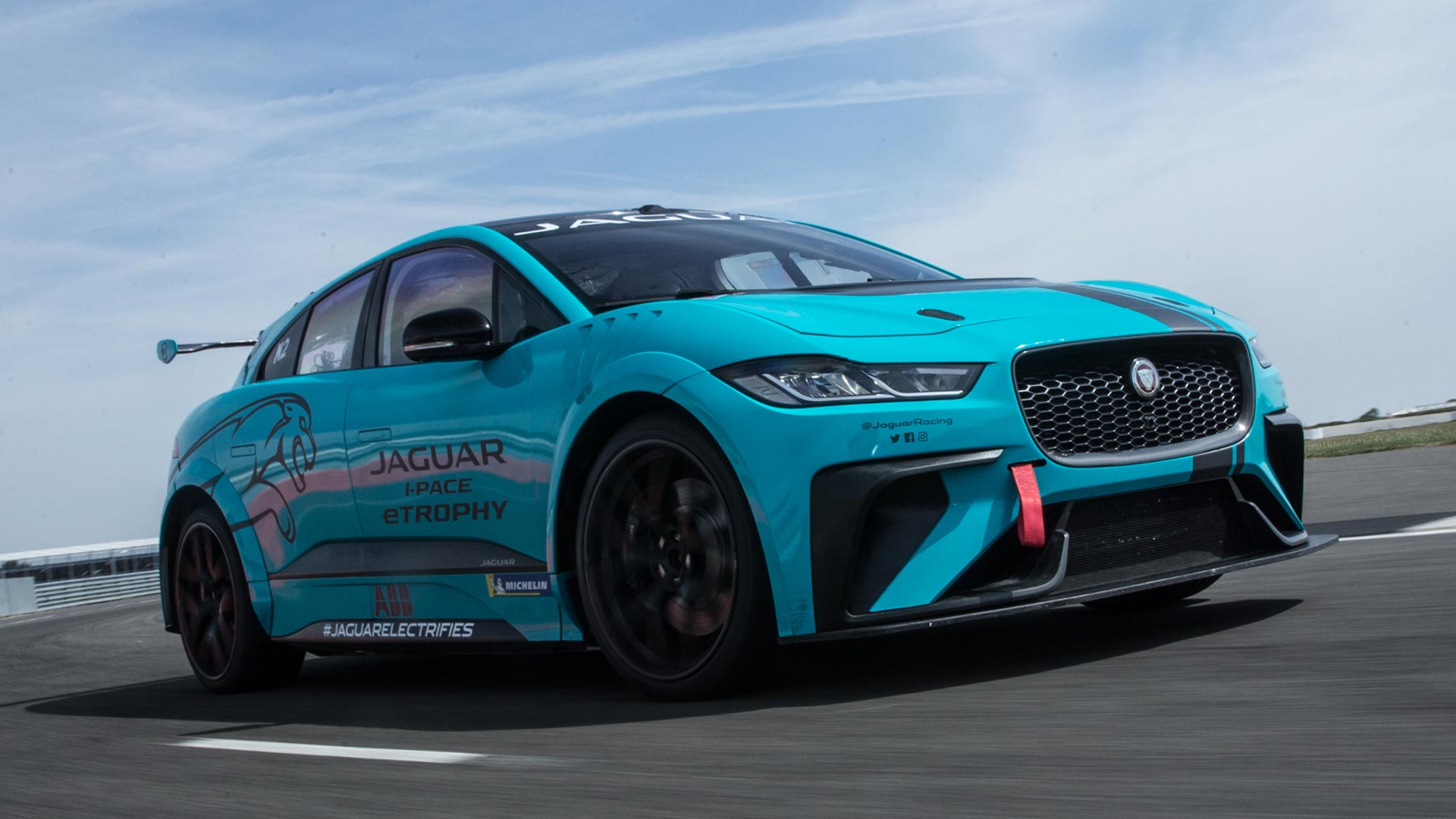 The Chevrolet Bolt’s acceleration is impressive for a basic BEV, but its handling is nothing special – leaving people who have test driven a Tesla, for example a bit disappointed. Whether that is fair or not, doesn’t matter – Tesla and other BEVs coming to market will raise performance and handling expectations among most all potential EV buyers.

9. Awareness/Buzz: In the current phase of EV adoption, traditional marketing and advertising is not critical to driving sales volume. What is key, however, is “buzz” and being talked about – which Elon Musk and the executives at Tesla clearly understand.

We are now seeing other OEMs such as Jaguar and Audi scheduling high-profile launch events, taking advance reservations and release a steady stream of videos showing winter testing, race drivers taking test drives and more. Those automakers that can create advance demand and continuous buzz should expect a sales bump over direct competitors. Once launched, test drive events – getting prospective buyers behind the wheel of an EV – is one of the most effective ways to drive sales and generate additional buzz.

10. Gas and Diesel Prices: A significant increase or decrease in gas/diesel prices in the US will have a correspondingly inverse impact on EV sales. A significant decline in fuel prices is more likely to hurt sales of models from Toyota, Kia, Honda and Hyundai than higher-priced models from Audi, BMW, Mercedes-Benz, Porsche and Tesla.

Have I missed any key factors that will affect sales of new EVs coming to market? Let me know in the comments or if you disagree with any of my points.