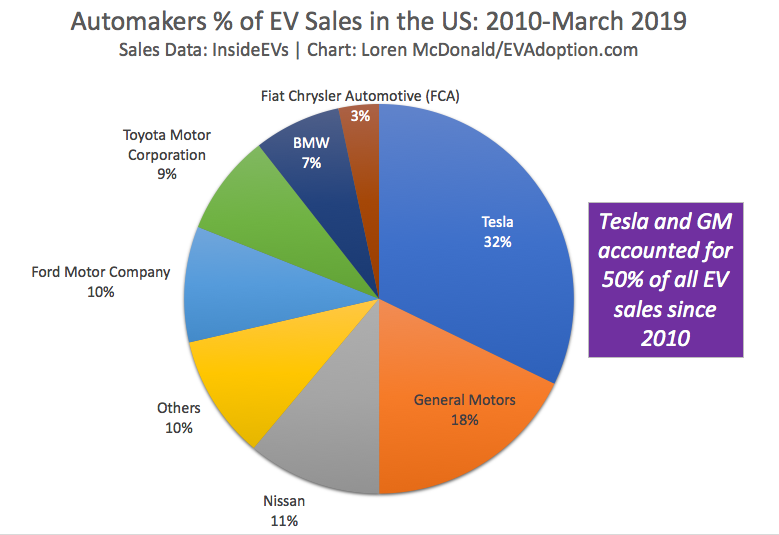 Anyone following the auto industry and transition toward electric vehicles is well aware of Tesla’s sales success. But with the US launch of the Model 3 in June 2017, the Silicon Valley company has dominated the US EV sales charts.

Through March of 2019 and using data from the InsideEVs Sales Scorecard, Tesla has accounted for 32.2% of all electric vehicle sales in the US. General Motors is a distant second at 17.8% share of total EV sales. The two automakers combined have accounted for 50% of sales. By the end of 2019, I expect Tesla’s all-time share of US EV sales to reach 35%.

The Nissan LEAF, which in Q1 2019 became the first electric vehicle to sell more than 400,000 units globally, with 132,227 units is now the 4th highest-selling EV all time in the US. If you combine the Toyota Prius PHV and Prime PHEV models, it slides into the 5th spot. If kept separate, then the Tesla Model X would be 5th.

Seven of the top 11 best selling EV are BEVs and four are PHEVs.

US Tops 1% for EV Sales; California Edges Toward 5%