In part 1 of this 3-part series I outlined the first 8 of 24 factors that will (or could) impact sales of electric vehicles. Those 8 factors were generally rather obvious to EV observers: range, model availability, gas prices, EV cost competitiveness, charging infrastructure, charging speed, battery supply and battery technology breakthroughs.

In this part 2 article, I will outline 8 more factors that are focused around the role of governments, regions, economic conditions, and the commitment of automakers, utilities and auto dealers:

9. Economic Conditions: The 2007-2008 financial crisis in the US had a significant impact on auto sales with a downturn in 2010 of roughly 36 percent from the volume of sales in 2007. It took until 2014 for light vehicle sales to rebound to the previous high in 2006. A future economic downturn in the US or other regions of the world could potentially impact sales of electric vehicles versus ICE vehicles either positively or negatively based on several adjacent factors.

If EVs are at or near cost parity with ICE vehicles and gas prices rise many consumers could choose an EV over ICE because of their lower operating costs. If on the other hand gas prices are very low and EVs – especially at the lower end – are still priced slightly above comparable ICE vehicles, budget conscious consumers might opt for ICE vehicles that could also be heavily incentivized to be priced under increasingly competitive EVs.

10. China: China is the largest market in the world for vehicle sales and as the Chinese government is pushing electric vehicles – what happens in China greatly affects the rest of the world. As automakers from Germany, Japan, South Korea and the US increasingly focus on producing EVs for China, we could see many of these models (or variants) end up in showrooms around the world.

11. California: In the US, Californian’s are driving EV adoption with 50% of EV sales from residents of the Golden State. If this trend continues, US EV sales could grow significantly because of the West Coast trend setters. A pause or slowing of growth could dampen EV sales across the US. California utilities are investing heavily in EV charging stations and EV incentive programs which if increased could have a strong impact on consumer awareness and acceptance throughout the US.

12. Government Bans/Regulations: Several countries and cities throughout the world from Germany, France, India, the UK to Paris have announced planned bans of ICE vehicles. Some of these bans appear to be target goals at this point rather than locked in regulations. But as these ICE vehicle bans become more commonplace and actually become official laws in countries around the world, automakers will be forced to dramatically increase their supply of EVs. On the flip side, the potential weakening of the CAFE requirements in the US could delay investment by some automakers as they decide to maximize profits on SUVs and pickups in the short term while waiting for EV demand to increase and battery costs to decline.

13. Government Incentives: Many governments at the state/region and country level offer consumer incentives for EVs from rebates to tax credits. In some cases such as the US Federal EV tax credit, the incentives will start phasing out in 2019 for some manufacturers. The loss of some incentives in various regions or addition (or extension/expansion of existing) could have a significant negative or positive impact on EV sales in various markets.

14. Automaker Leadership and Commitment: While many of the automakers talk about their grand plans for “electrification,” in reality only a few such as Volkswagen, Volvo and Mercedes-Benz seem to be truly committed to EVs in the future. Most still see regular hybrids and PHEVs as comprising the majority of their fleet for years to come. And leadership at automakers such as Fiat Chrysler, Mazda, Honda, Toyota and even Ford still seem unconvinced of a future of BEVs.

15. Dealer Training: One of the current known hurdles to EV sales is the lack of knowledge and training among auto sales people. Studies of auto dealers has shown a significant lack of EV knowledge among salespeople, many of whom will try to steer buyers toward non EVs. And it is not uncommon to find EVs that are not charged enough for potential buyers to take a test drive (something I personally experienced at a Chevrolet dealership). The sooner dealers train their salespeople to be EV experts or at least to be EV savvy, we could see a doubling of EV sales just from a willingness and confidence to push them over ICE vehicles.

16. Utility Commitment/Programs: Several utilities including the 3 majors in California seem to be all in on EVs. With per capita electricity use on the decline, utilities are now looking to EVs as both a key to revenue growth but also for battery storage/vehicle to grid capabilities to help manage peak demand. We could see an uptick in EV adoption if utilities throughout the world invest heavily in EV charging infrastructure, launch vehicle to grid programs and promote reduced charging rates for EVs. 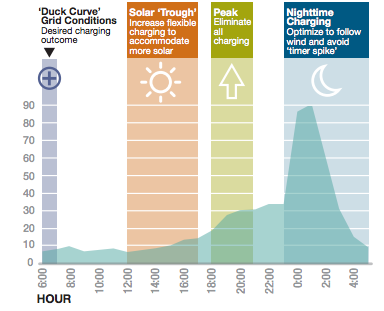 In part 3 we’ll explore the final 8 factors, from the growth in clean energy, vehicle to grid/battery storage to the fate of Tesla.