That’s a quote and bold prediction from author and Stanford professor Tony Seba’s June 2017 presentation (starting at the 26:15 point in the video) in Denver at the Colorado Renewable Energy Society (CRES).

Key elements of Seba’s argument include: 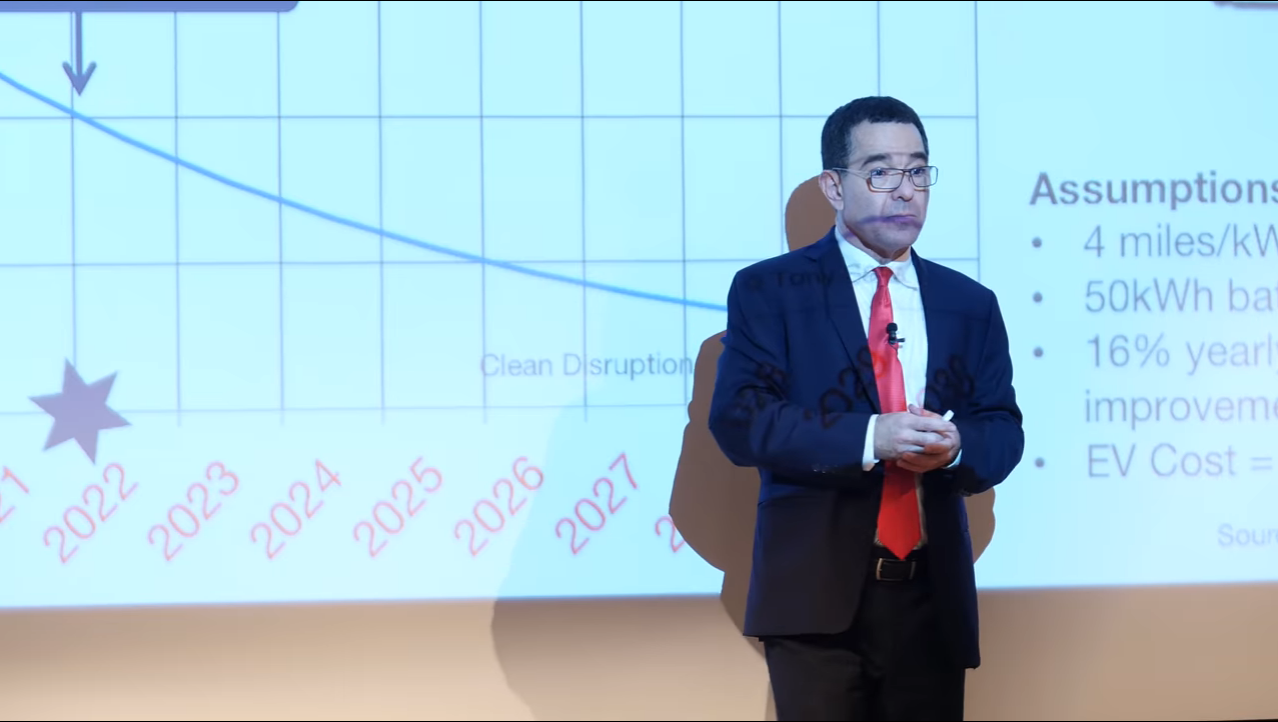 He argues that when combined, these disruptions will result in a model of “transport as a service” that will eliminate car ownership and all new vehicles will then be both autonomous and electric. I agree these shifts are going to occur in the auto industry, but not as quickly and at the level that Seba argues.

I’m not as bullish on self-driving cars as Seba is, nor do I believe that everyone in the US will want to give up their cars simply for economic reasons. Many people like driving, enjoy the status that comes with owning certain types of vehicles, and prefer the freedom and flexibility that comes with car ownership versus sharing.

I agree that certain demographics, such as millennials or retirees living in a major city like New York, Boston and  San Francisco, will be happy to give up car ownership and jump in an autonomous ride-share car. But I just don’t see that anytime soon a majority of suburban soccer moms with active kids will give up their SUV or minivan, or the weekend warrior who rides dirt bikes giving up his pickup, let alone the gardeners and electricians who use trucks and vans for work.

In 2016, 62% of all new vehicles sold in the US were classified as ‘light trucks’: pickups, SUVs, crossovers, minivans and commercial vans. As you can see from the chart below, this trend has only been increasing in recent years, with much of the growth coming from SUVs and crossovers, as I wrote in “SUVs and Crossovers: Key To The Next Wave of US Electric Vehicle Adoption.”

Small crossovers and SUVs will likely continue to see strong growth as these vehicles do not drive like trucks, but offer the higher ride and sense of increased safety that many American car buyers now prefer. And through May of 2017, sales of pickup trucks are up more than 4% over 2016.

Light trucks could reach as much as 70% of new vehicle sales by 2020 if gas prices stay relatively low and some consumers increasingly use ride-sharing services and get rid of their second cars. Additionally, pickups and SUVs tend to produce higher profit margins than sedans and hatchbacks, so look for automakers to continue to launch more of these model types. 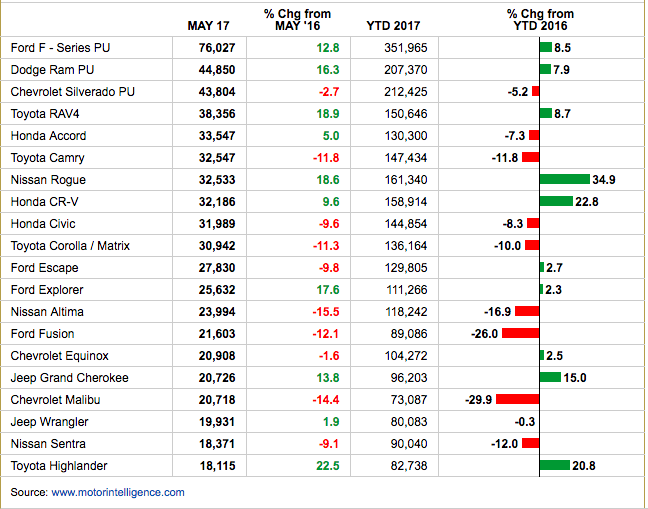 Where Are the Electric Pickups, SUVs, Crossovers and Minivans?

A huge percentage of EVs that are in the works need to be ‘light trucks” if Seba’s prediction of all new vehicles being electric by 2025 has any chance of occurring. We analyzed how many of the announced EVs are likely to fall into the “light truck’ category.*

While concept to production times continue to decline for brand new models, most vehicles still take a minimum of 3 years and as many as 5 years to reach market from initial drawing board. To reach Seba’s 2025 prediction, based on current sales, 15% or more of new EVs would need to be pickups. And yet, only one fully-electric, non-commercial pick up – the Tesla Model P – has even been rumored.

Ford has teased a regular hybrid version of the F-150, not even a plug-in version, will be available around 2020, though rumors of a PHEV exists as well. And pickups from companies like Workhorse and Havelaar Canada are primarily for commercial fleet purposes, though Workhorse is considering a consumer version.

At some point in the next 15 years the majority of all new vehicles sold in the US will be both electric and an SUV, crossover or pickup. But with not a single one of the top-selling pickups or SUVs/crossovers even being rumored for electrification, I just don’t see how Tony Seba’s prediction has a chance of coming true.

*Thanks to Laura McDonald for conducting exhaustive research on the announcements and rumors of upcoming electric vehicles.